A large kitchen with peninsula

The realization of this furniture was followed by:

For the realization of this kitchen, Habitat came in to help during the renovation of the apartment. The project includes the realization of a fireplace that separates the kitchen from the living room. Habitat was hired to design the project of a large kitchen with peninsula next to this fireplace. The kitchen is inserted in a room with a sloping ceiling with the exposed beams that are typical of Siena. Part of the ceiling was lowered with plasterboard based on our project, and is sturdily built to support the hood installed over the island. The fridge and the oven column are placed to the right of the fireplace column. At their side a convenient niche for small appliances was created. A large worktop extends from the oven column to the peninsula. The induction oven is located in the peninsula. While cooking, one can enjoy the view of the city of Siena and the surrounding countryside. The LED lighting inserted in the dropped ceiling simultaneously enhances the beautiful ceiling and the worktops of the large kitchen. Two stools on the outside of the peninsula allow for the use of the large countertop for breakfast or other meals. 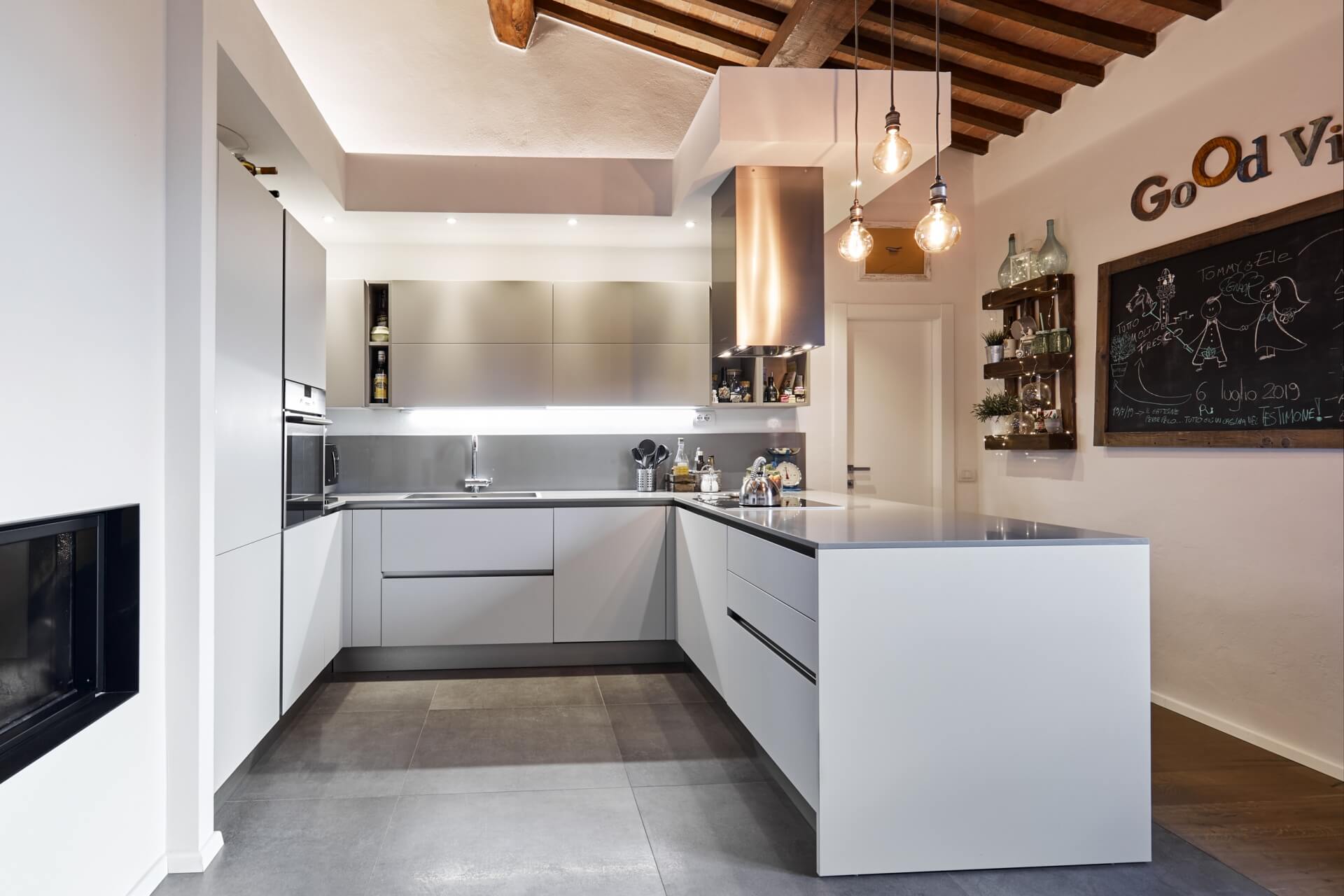 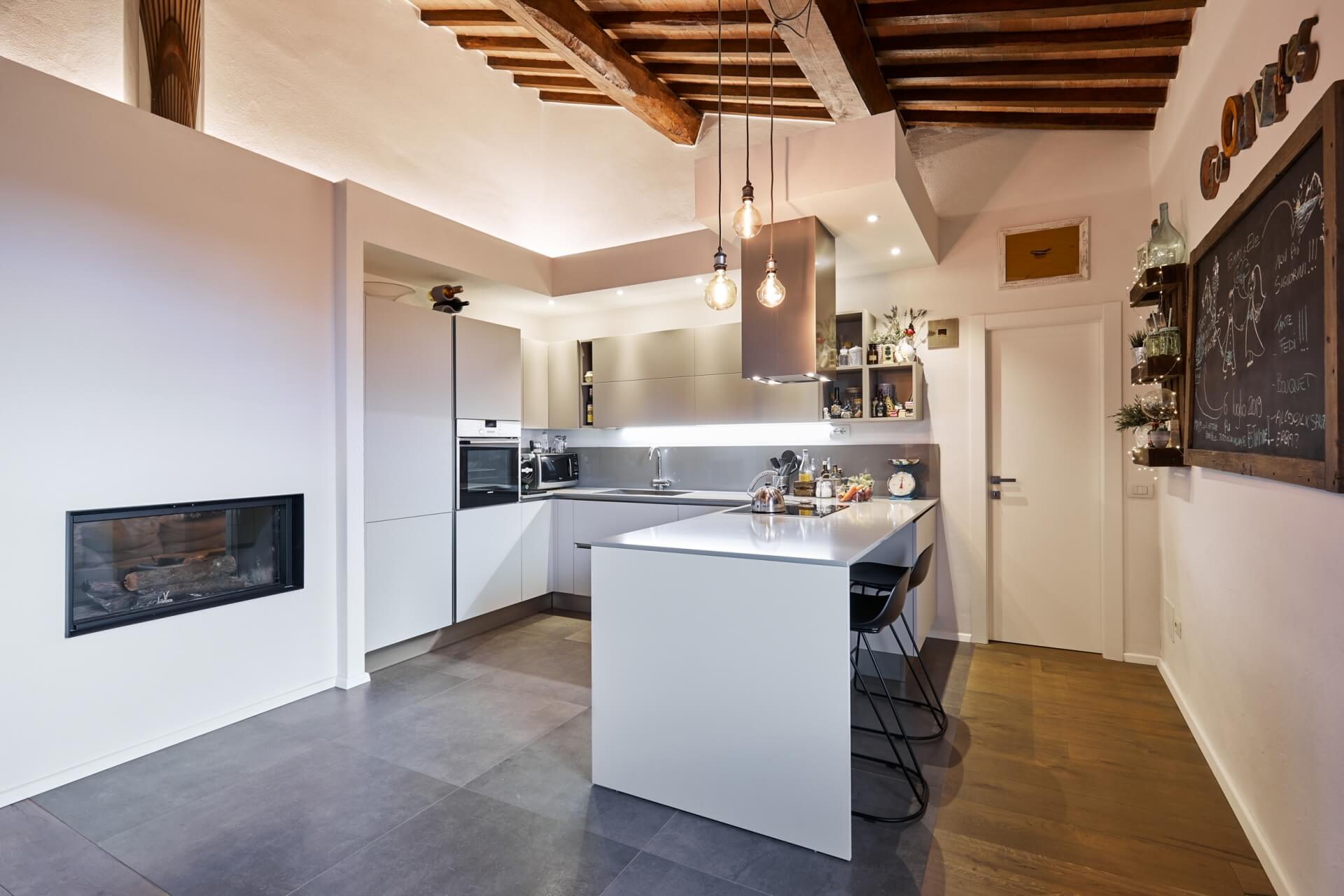 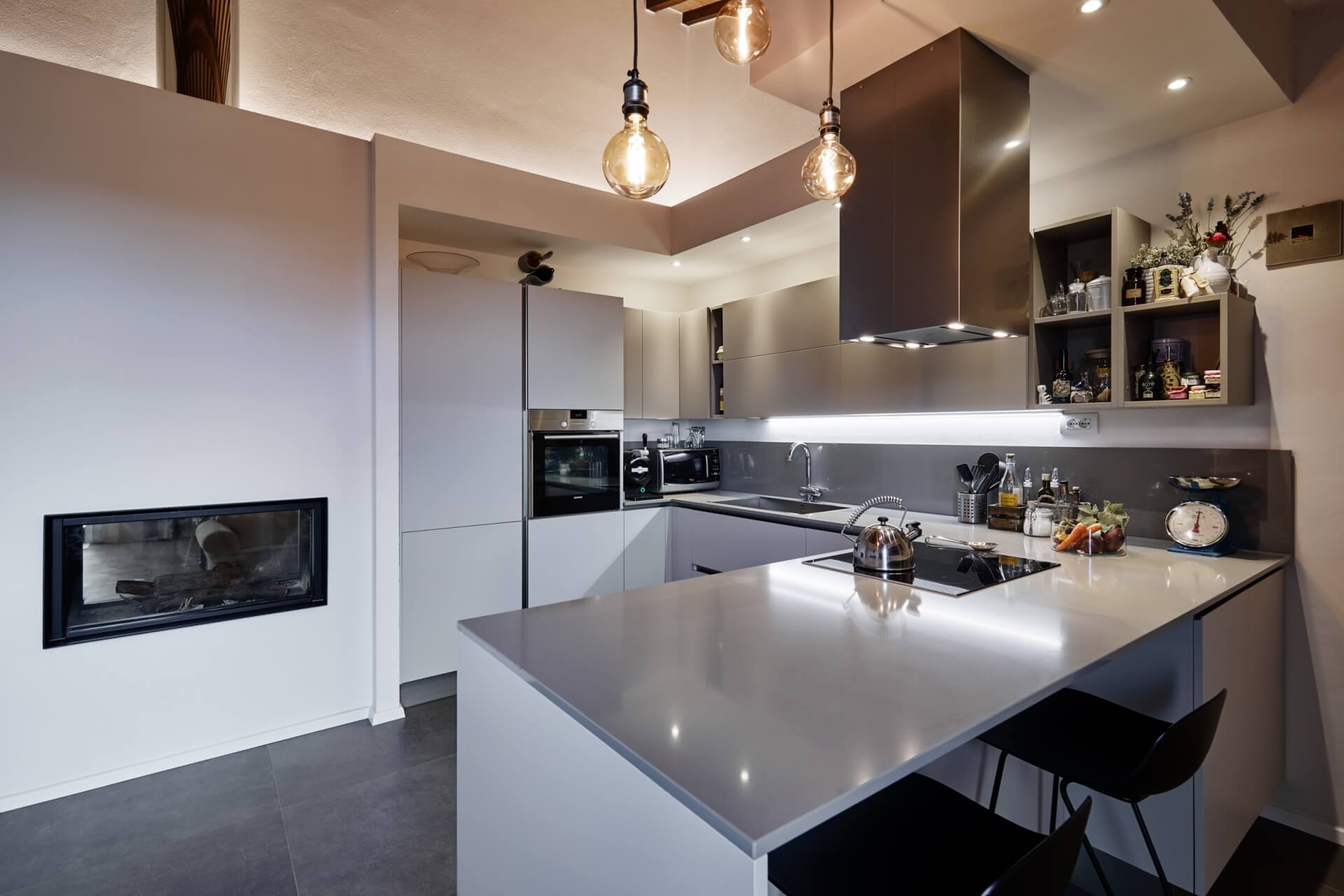 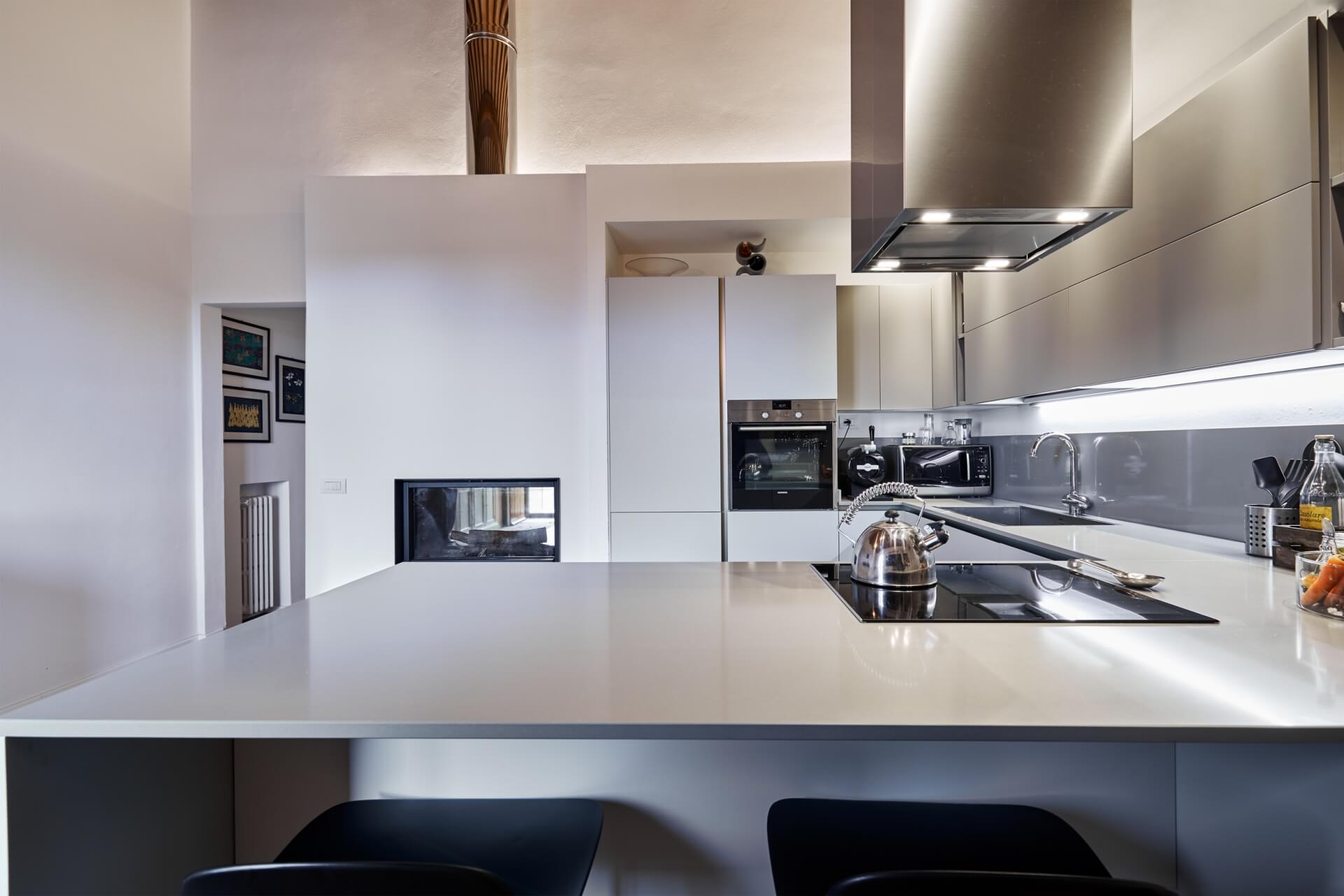 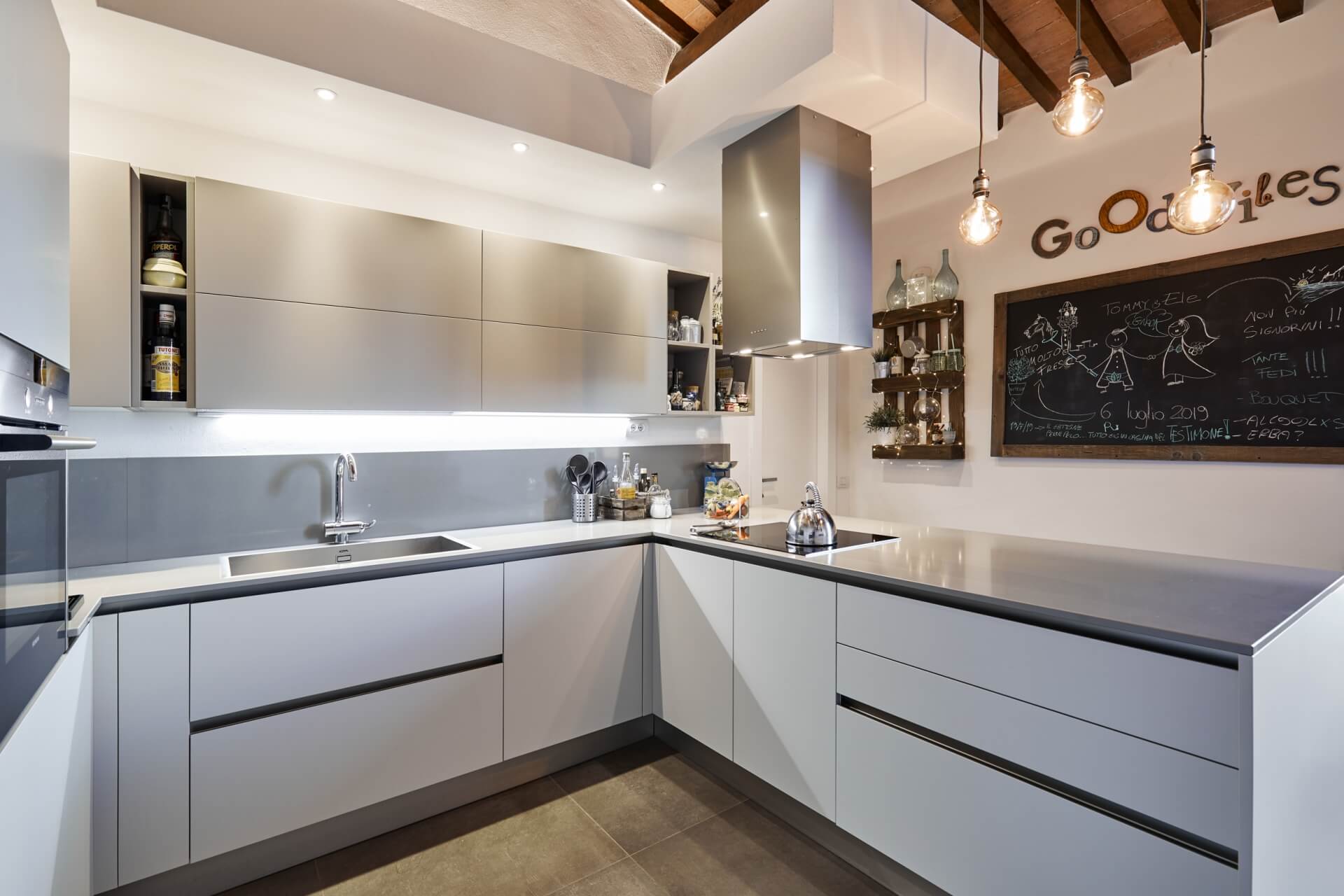 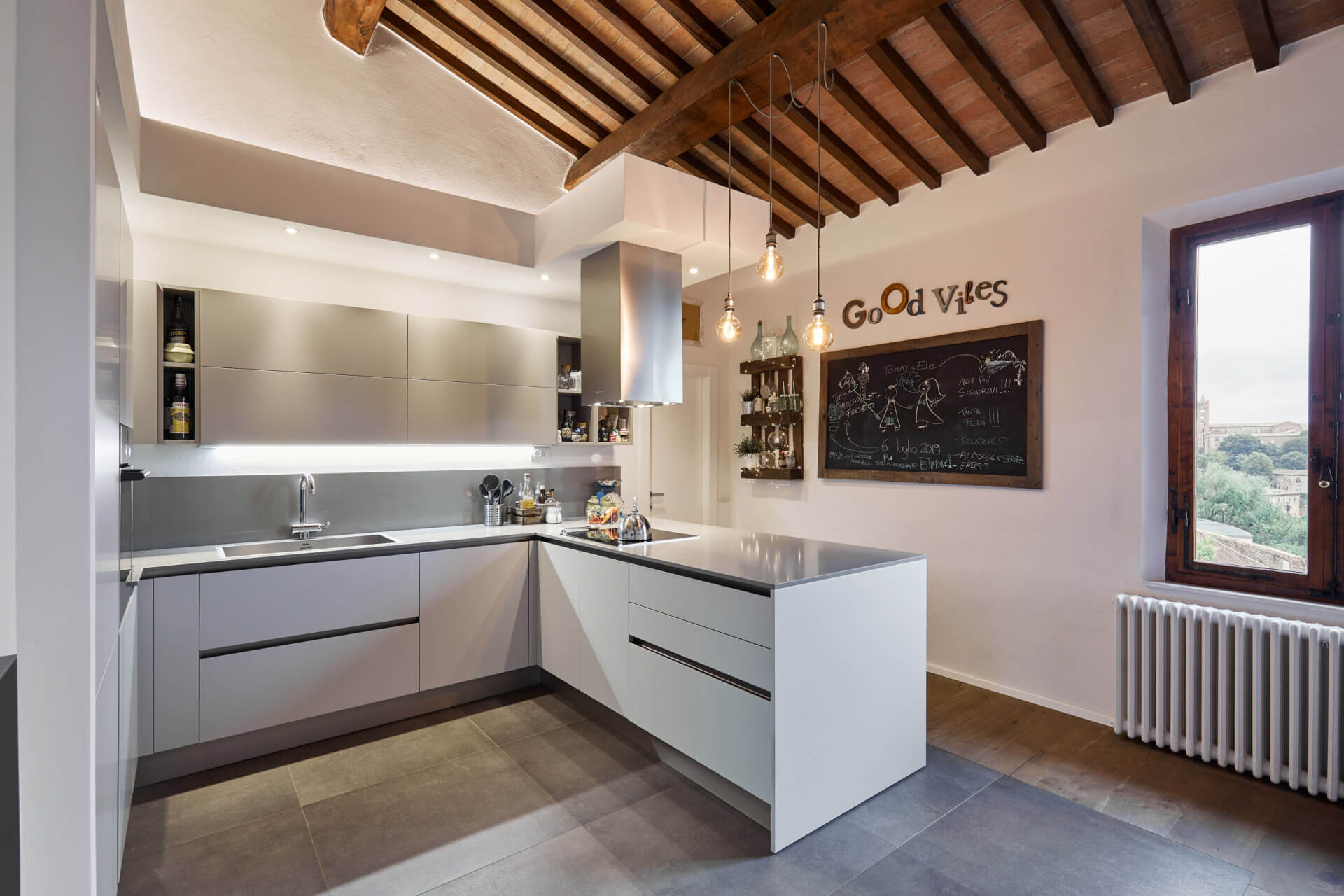